The European Union is funding three new anti-corruption projects in the amount of nearly €3.5 million from the Instrument for Pre-Accession Assistance (IPA) funds, as part of ongoing EU support to Bosnia and Herzegovina in the area of rule of law.

Richard Máša, Head of Cooperation at the EU Delegation to BiH, highlighted that through this support 14 corruption prevention bodies in BiH will receive strategic, legal and operational support. “In the recently published TI Corruption Index 2018, BiH’s score is 38 out of 100 – revealing the country’s standstill in addressing flourishing corruption practices. The European Union provides BiH with a unique pool of expertise to curb corruption. However, such substantive investment becomes less meaningful (or even meaningless) if the political leadership and responsible authorities do not take resolute action to ensure a strong track record in fighting corruption and organised crime,“ said Máša.

Isabelle Arnal, Team Leader and a French prosecutor specialising in serious crime, presented the €2.2 million-worth project EU4Justice, which will be implemented in partnership with Justice International Cooperation from France. Arnal noted that the project aims to enhance the efficiency of investigation and prosecution of serious corruption and organised crime cases through an intedisciplinary approach that requires close cooperation of all relevant stakeholders, because, as she pointed out, “The lack of cross-disciplinary work benefits only criminals“.

Transparency International will implement the project EU support against corruption in BiH, worth €500,000 to flag up corrupt practices in the health sector in Bosnia and Herzegovina. Emsad Dizdarević, TI Project Coordinator noted that the health sector is in dire need of assistance to improve integrity and transparency of the sector, the results of which will benefit the citizens of the country. (europa.ba)

EU in BiH: €2 million to support the fight against money laundering

In support of Bosnia and Herzegovina’s fight against money laundering and prevention of terrorist financing, the European Union is funding a three-year project worth €2 million. The project has provided the State Investigation and Protection Agency (SIPA) with analytical software and computer hardware for the Anti-Money Laundering System (AMLS) and prepared a draft capacity development plan for the Financial Intelligence and the Unconstitutional Crime Units.

Representatives of the police, courts and prosecutors’ offices have been provided with appropriate training through concrete examples of criminal offences of money laundering and terrorist financing, thus giving them an opportunity to identify such cases in BiH. As part of the training, efforts were made to improve cooperation among all structures, in order to facilitate work towards improving on the number of final judgments for these crimes in BiH and confiscation of illegally acquired property.

Seminars were organised through the project for authorised persons from the financial sector, particularly banks and microcredit organizations, as well as lawyers and notaries. Emphasis was placed on the transfer of knowledge related to the Risk Assessment of Money Laundering and continuous monitoring of risk-based clients, which should lead to higher quality reporting of suspicious transactions.

The Project presented the best practices of the EU member states emphasizing the importance of financial investigations for detecting the criminal offence of money laundering, the timely freezing, subsequent temporary blocking and finally confiscation of illegally acquired property. Good practices of the EU member states were used also in the preparation of the first report of the Risk Assessment of Money Laundering and Terrorist Financing in BiH, structural analysis and action plan, which was drafted by the competent authorities on the basis of identified threats/vulnerabilities.

The project enabled comprehensive analyses of the criminal legislation in BiH using the Moneyval evaluation procedures. The recommendations of the Financial Action Task Force (FATF) which represent internationally endorsed standards against money laundering and terrorist financing have been presented and compared against the Moneyval standards, with particular emphasis on the new FATF methodology. A draft list of indicators and proposals for how to detect suspicious activities in accordance with EU directives were prepared, which resulted in the preparation of a draft proposal for amendments to the state law for the prevention of money laundering.

BiH has met the requirements of respecting the EU criteria against money laundering, thus the European Commission decided earlier this month to remove BiH from the EU list of high-risk third countries for money laundering. EU recommendations entailed the criminalization of money laundering and terrorist financing, in-depth analysis of clients, keeping records and reporting on suspicious transactions in the financial and non-financial sector, as well as transparency of real property and improvement of international cooperation. (europa.ba)

The interactive map of anti corruption bodies in Bosnia and Hercegovina 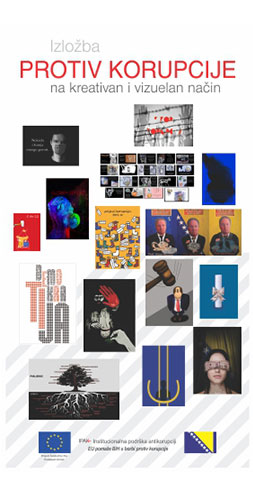